This is a response to Elinor’s post ‘Reclaiming Birch‘ but it turned out so long that I decided to post it here.

Thank you for your post, It’s really interesting. I’ve been reading about all this for a while since I stumbled into the message about the permission slip people signed in this Gathering on Facebook. Honestly, I wasn’t going to say anything because I felt that I was far too new to Reclaiming (about 3 years) and from too far away (Spain) and since most people around here are not really informed I thought it was a kindness to spare them of these kind of stories. However, I have to say that I found quite alarming what I’ve been reading, specially things like (some of these stuff is old but not to me) the issues with Deborah Oak’s articles in the Reclaiming quartely supposedly attacking leadership and  Macha NightMare leaving Reclaiming and all the stuff she broughts out in her posts, specially the lack of accountability.

That said, I agree with what you say in your post, I too would like to remain part of the Reclaiming comunity (for now at least) but like you I’m confused about all this. If there is a group/cell/whateveryoucallit with autority over the tradition, I don’t find that idea horrible but I would like it to be clearly and explicity recognized as well who is and who isn’t part of it and what is the way to access it.

I think this is a primordial issue right now and I don’t mean in Reclaiming, but in the world and every aspect of our lives. Structures are falling and it is very appealing to say that we share the power, that there is no leadership, but saying is one thing and doing it is another. And honestly, I don’t know about Reclaiming, but I certainly feel it’s propably too early for me and the groups I’m in. It is my priority right now that things work out and to do so I think groups need accountability and so some kind of leadership (even if it’s taking turns or something like that).

Here is a picture comparing the two versions of the principles. Seriously, was all this story really worth it? Are there any more pressing issues in the Reclaiming community?  To me it seems there are. 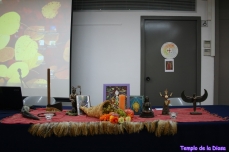 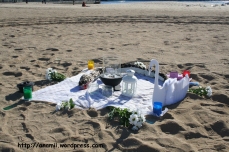 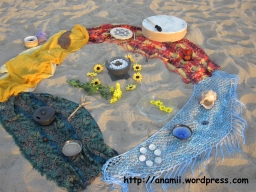 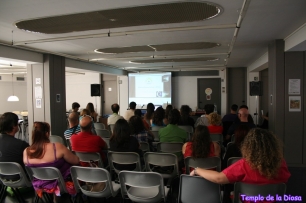